Far away from the city, lived a hard-working peasant who had a huge vegetable garden on the banks of the river. One day at dawn, he went to work in his garden. 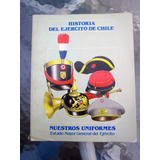 When he arrived, he saw horse tracks all over the place and he noticed that some of his vegetables had been eaten and others damaged. Baffled the peasant went to his ruka to tell his three children what happened: It could have done it. Ad so he went, he took a sheep skin to cover himself, a pifilca to make beautiful sounds and not fall asleep and a trutrcua to catch the horse.

During the night the son fell asleep. Suddenly he heard a noise, as if something had been thrown into the water, he woke up, but the animal had already entered, eaten the vegetables and left. I will take a trompe, a lasso and a sheep skin to cover myself in the night.

Suddenly, at midnight he heard the horse coming out of the river, he got up very quickly, pulled the cord and tried to lasso it, but it was impossible, the animal jumped into the river. Finally, the youngest son, Ligkoyam offered to go: I know I’m going to capture it!

And so he left, he took his trutruca, a sheep’s blanket, his lasso and a branch with many thorns, he put them on his sides, in case he fell asleep they would wake him up. So he did, he played his trutruca all night and when it was dawning a horse with seven colors appeared. Please, let me go of me and do not tell your dad, because if he finds me he will punish me. Ligkoyam let the horse go because he felt sorry for him, but he asked him not to eat from his Chaw’s garden anymore.

The horse promised he could take him to work. That same day, he told his dad he wanted to go and look for work far from home and all he asked of him was a horse. A few days later they went to choose a horse.

Ligkoyam left with his horse in looking for work to help his father. When they were far from home the horse was renewed beautiful with its seven colors.

So, Ligkoyam introduced himself to the lbiro of the farm. The owner explained that there was a house to live on the farm, Ligkoyam asked if he could live with his horse.

One day Ligkoyam with the horse, went to the city to do some shopping, when all of a sudden they heard a wonderful voice that came from a tiny house.

He approached and a woman showed up at the door: Would you let me marry her? I’m in love with that beautiful voice. The woman said that it could not do so, because her daughter was a woman only at night and during the day she became a little frog and only devoted herself to singing, she was under a spell. Finally, after months of visiting, Ligkoyam asked the frog to marry him and she accepted with her mother’s permission.

Ligkoyam had to ask his employer for permission to take his wife to live with him. One day Ligkoyam received a letter from his father, who invited him to his birthday and invited his three children with their families. Ligkoyam was a little sad, because he could not find a suitable gift for him. He asked to come along with his frog wife. Finally, they traveled to his father’s birthday with his seven color horse.

Before they arrived at the house the frog became a woman with her daughter in her arms, they arrived happy and were very well received. 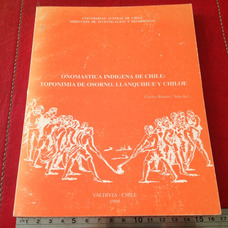 The father was very grateful for the presence of his family and the special gift that Ligkoyam brought him. They were all very happy, and Ligkoyam always cherished the friendship of his seven-color horse. As shown by the youngest son in this Epew, who tries to give the best of himself in all of his relationships with his father, horse, employer and wife and his chores.

Thus, good people keep their jobs and maintain happy relationships. When a person gives their word, they must be responsible and committed to fulfill it, just as the seven-color horse kept the promise pibro made to Ligkoyam and by respecting their agreements achieved a beautiful friendship. Epew belonging to the Mapuche culture, narrated by Mrs.

I can go stay the night in the garden! It is in the night when it comes!

The next day chaw the father asked him. The next day at dawn lbiro chaw asked him: I could not lasso the horse, dad, I was very close, I’m sorry. As soon as he caught it, the horse said: Ligkoyam saw the skinny old horse and said: Along the way they found a sign that read: Ligkoyam worked a lot, he was doing great, and his boss treated him well and trusted him.

I’m absolutely in love with her voice! In order to acknowledge the gifts of life we must focus on the present time and be grateful.